Cora Ball was founded by Rachael Miller, co-founder of Rozalia Project for a Clean Ocean. Rachael’s grandmother Rozalia crossed the Atlantic Ocean in 1922 to build a new, safe life for herself and her family. Impacted by her grandmother’s story and her own love for water, Rachael found innovative ways to preserve the ocean.

In her work with Rozalia Project, Rachael realized that one of the biggest threats to the Earth’s waterways is microfiber pollution. Microfibers are fibers that escape from clothing and other fabrics. They’re often too small for us to see, but they create a big problem.

How big? To give you an idea, consider this: an average 6 kg load of laundry could release over 700,000 microfibers. And New York City alone may have up to 6.8 billion fibers flowing into its harbor every day. This large-scale pollution affects marine life, human health, and our environment.

Once she recognized the microfiber problem, Rachael searched for a way to help. After a lot of research and testing, the Cora Ball was born.

Cora Ball is the first consumer-level solution to microfiber pollution. The unique design was inspired by coral — letting water flow through it and filtering out tiny particles.

Now, you can help stop microfiber at the source: your own washing machine. The Cora Ball’s curled stalks trap fibers to the naked eye. As the trapped fiber builds up, you can easily remove and discard it. 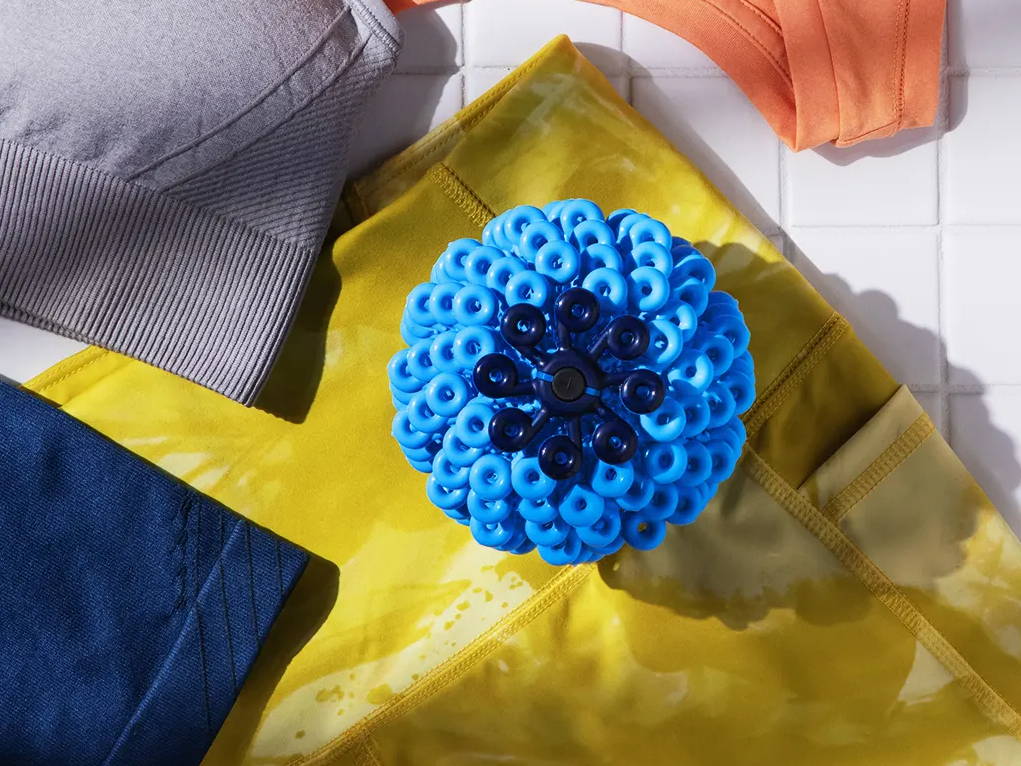 Cora Ball is based in New England, surrounded by lakes, rivers, and the Atlantic Ocean. This beautiful natural setting helped drive the company’s desire to preserve water resources.

Why We Love Them

We love Cora Ball because they found a way to bring sustainability to something ordinary — washing your clothes. With Cora Ball, your laundry day makes a difference.

Cora Ball is made from 100% recycled and recyclable plastic, and it’s made to last wash after wash. So your Cora Ball helps you reduce waste and keep plastic out of the landfill.

We’re also fans of Cora Ball because they’re focused on education. They’re working to help more people understand the problem of marine pollution and how to fight it.

At Lochtree, we’re passionate about water. Protecting our water resources is a key part of our mission to work toward a more sustainable future — so we’re thrilled with everything Cora Ball is doing to keep our ocean healthy.

How They’re Impacting the World

Cora Ball is helping people around the world make a difference. The company believes that “lots of littles make a big.” Microfibers create a huge problem for our ocean — but in the same way, our small changes have a real impact.

Independent studies have shown that the Cora Ball catches up to 31% of microfiber in the washer. If one in ten New York City households started using a Cora Ball, it would keep the equivalent of 30,000,000 plastic water bottles out of the currents leading from NYC to London.

Moving forward, Cora Ball plans to continue education, innovation, and daily efforts to preserve our oceans. They’re also working on a way to repurpose the microfibers captured from your laundry. To learn more about Cora Ball, visit their website.

How You Can Help

Now that you know more about microfiber pollution, Cora Ball has some simple ways you can help prevent it.

Toss in your Cora Ball.When you wash with your Cora Ball, you help keep pollution out of our waterways. It’s a quick step that makes a big difference!

Sold out
Sold out